I was looking at Shana Rae’s Blog earlier on: Shana Rae’s Books, and she wrote a challenge to her readers: To look at two pictures, and see what we could come up with from them.
I normally get my inspiration by just typing whatever comes into my mind – a sort-of stream-of-conscience writing, where odd ideas will pop into my mind as I write, but I have occasionally used pictures, mostly when I write poetry, so I thought I’d give it a go to write a very short story 🙂

A breath of wind stirred the layers of dust as the door reluctantly opened. The squeal of  the hinges showed the years of neglect, and it seemed to Laura as if there were a miasma of gloom darkening a room that, in other circumstances, and long ago, had once been bright with lights and merriment.

As she looked around the ruins of her past, she sighed in despair, not knowing where to start first. The once loved glass-fronted cupboards, that had held the history of her family, were now gaping wide, some of them bereft of glass, and all of them covered with the neglect of ages. It seemed that people had sheltered in the house, and they had cared nothing for what the room had once been. She saw that some of the frames had been broken to use as kindling in the large stone fireplace that, in wintertime, had constantly held the warmth and light needed to chase away the cold.

Laura slowly walked into the room, and gingerly perched on a chair left abandoned in the middle of the room. It sat besides a round table, that held a few of the books that had been taken from the cupboards – at least these hadn’t been used for keeping a fire going, nor left strewn across the floor like the detritus of the ages!

Laura looked at the books, and realised that they were actually some of her favourite ones from childhood. The fairy tales written in them had been read to her by her parents at bedtime – a much-loved action that immediately brought back to her the sound of their voices, the laughter as her father deliberately changed the stories to suit them to her own wishes. She remembered those times, when her little family had spent long winter evenings  in front of the fire and, at Christmas, when the tree glittered with decorations, and piles of presents sat expectantly under it, just waiting for Christmas morning when they would all open just one present each, until her grandparents arrived for dinner. She remembered how even her grandparents would pile into the presents, excited as children themselves……. 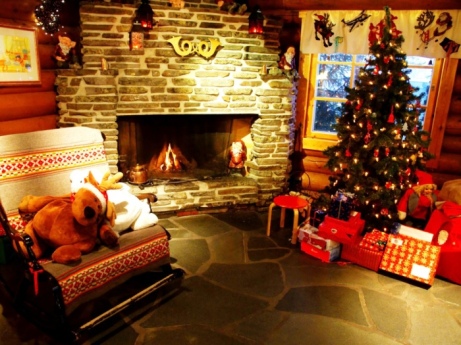 But those times were dead and gone, and Laura knew they would never come back again. She put down the book she had been holding while her memories played back to her, and sighed a weary sigh. She knew she had a lot to sort out if the house was to be made saleable, and sitting, thinking of a past long dead and buried, wasn’t helping it get done.

Brushing the dust from the book from her hands, Laura stood up again, and with a determined stride, she walked out of the room, ready to get the cleaning things needed to sort out those dusty old memories.