It’s not ‘risk’ that people will ask how long May knew. We’re asking NOW

These really are questions that should have been asked when the facts first came to light but, once again, the Tory government think themselves above the Law – and why shouldn’t they?
Every scandal that has come to light since they got into power has been whitewashed over, and nothing ever gets done!
You’d think the Police Force were complicit with the cover-ups, wouldn’t you?

ITV politics editor Robert Peston has posted his analysis of Tory MPs’ fears that the ‘Tory sex pest’ scandal will bring down the government – and it’s anotherexample of the effects of the so-called ‘Westminster bubble’.

Peston’s commentary is interesting and on point – until he reaches a key paragraph in his analysis: 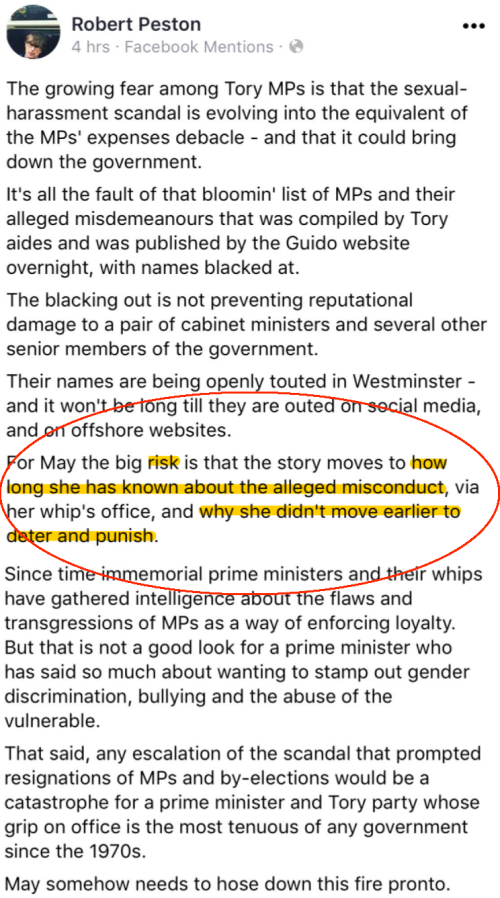 Peston appears to think that there is a risk that the story will ‘move’ to how long Theresa May has known about the sexual harassment allegedly perpetrated by her Cabinet ministers and MPs – and why she hasn’t acted before now.

It’s not a risk. It’s a reality. Right